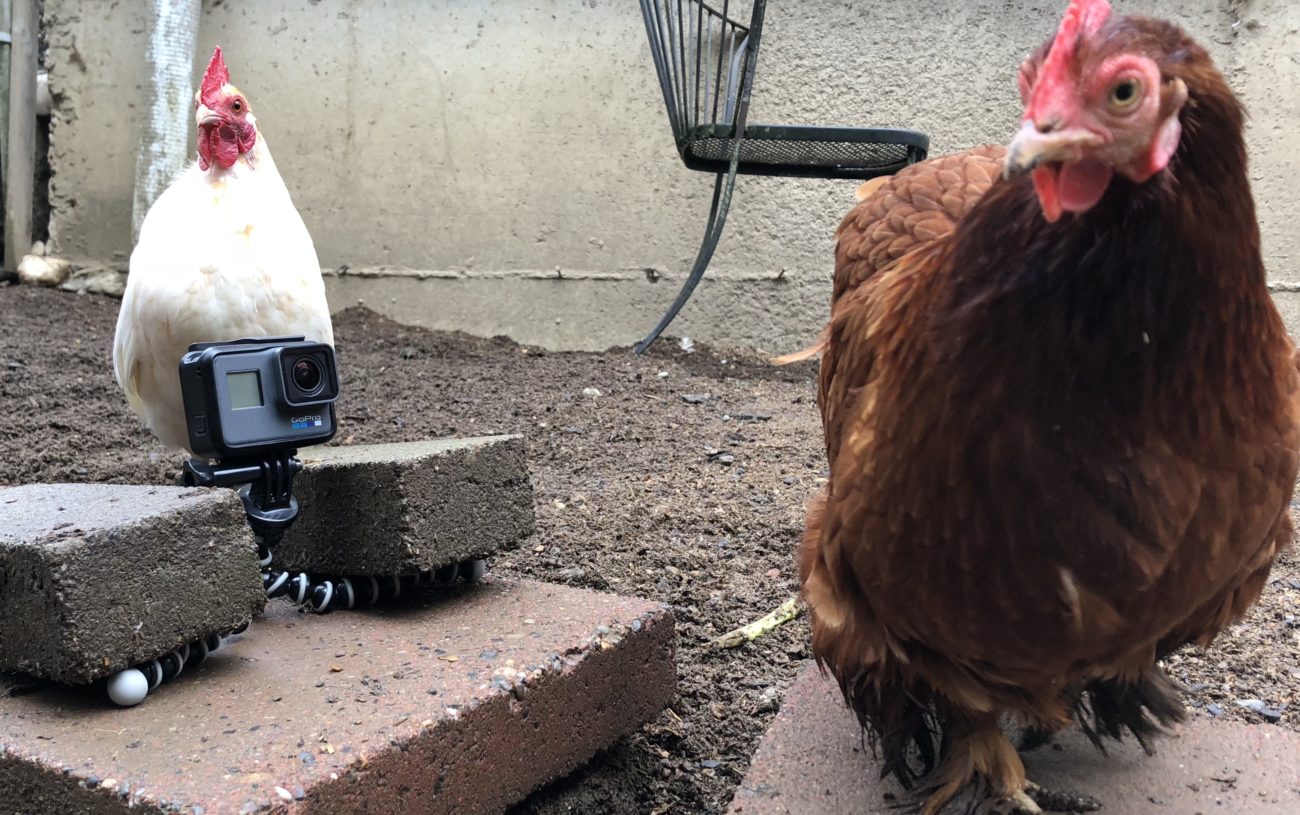 Almost a decade ago, I walked into a farm store and bought ten little fluffy chicks. One of them was especially cute. She had feathered feet, and I was told she was a bantam cochin. That little fluff ball has lived in Chickenlandia ever since, and has pecked and scratched her way into my heart. I named her Cinnamon, then Pumpkin, then Cinnamon again.

Over the years, Cinnamon has needed little care. She’s very hardy and has never been sick *knock on wood*. I confess that she really hasn’t gotten much attention from me. That is, until lately, when I realized how old she was. During the last cold snap, I brought her and two of her elderly sisters into the garage at night.

It didn’t end there. I also had the experience of going into my coop and noticing something very strange about my little rooster Boy George. His comb was purple! Not just a little bit purple, a LOT purple. I realized that he was also getting older (7) and needed to convalesce inside the house.

All these old chickens! I suppose that’s what happens when you have what is basically a chicken retirement home. To see exactly what I did to care for my older chickens during our latest cold snap, click the play button below!

What about you? Do you bring your chickens inside when it’s cold? Let me know in the comments!

One comment on “Caring for Older Chickens in Winter”