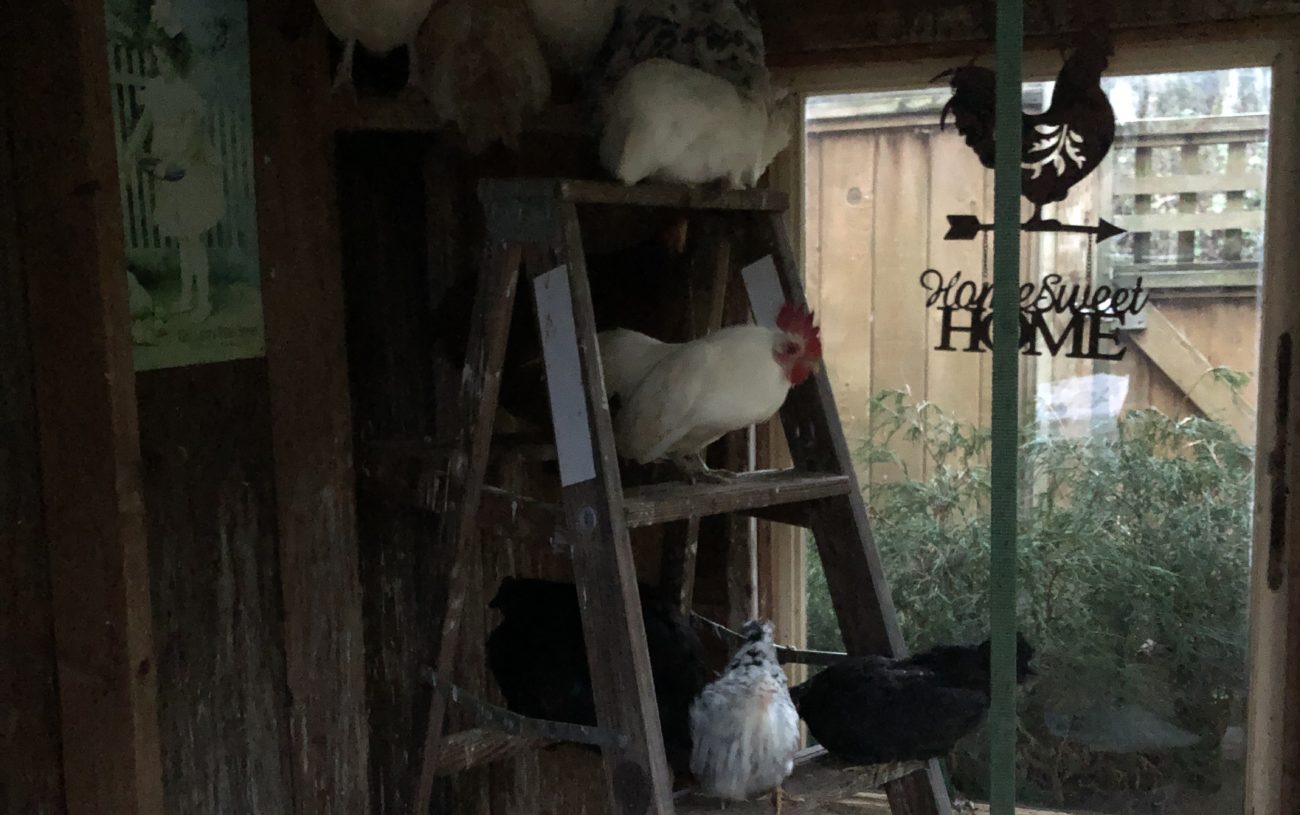 This week was a busy one. I’ve got a contest going (if you haven’t heard, click here), the kids are having their first full day of school today, and Chickenlandia had a TOTAL COOP MAKEOVER. Yup, it happened. After so many years of wanting to paint the coop, it’s finally become a reality thanks to my friend Julie and her kiddo Anika.

It all started in the wee hours of Sunday morning. At sunrise, I went outside to feed the chickens and let them stretch their legs. They were going to have to be in their pen for a while so I thought I’d give them a chance to walk around before wrangling them in.

My friend Julie arrived very early to help. When I say “help” I really mean she did most of it. As you may already know, I don’t do a lot of hard labor in the chicken yard. It’s not for lack of wanting… Some of it has to do with physical ability, some with insecurity. I have never felt like I’m in my element when I’m attempting to build or fix things on my own. In fact, in my Backyard Chicken classes, I make a point to tell my students that I really shouldn’t be trusted with a staple gun. But is all that about to change?

I’ve always said that chickens can change lives, and once again, this has proven to be true. I started out worrying and sleepless on Saturday night because I was so concerned I wouldn’t be able to complete this project. But by Monday evening, when everything was done and the chickens were in their fancy new coop, I had earned a renewed faith in my abilities. Aren’t chickens magic?

So, do I consider myself a “better” chicken keeper now that I have some DIY skills under my belt? Not necessarily. Different chicken keepers come with different sets of skills, abilities, and priorities. They also come from varying economic statuses, cultures, and philosophies. In Chickenlandia, It’s ALL good. There is only one requirement: love chickens. And do your best to love yourself and other humans, too. <3

Check out the video series of my complete chicken coop makeover on YouTube! There’s even some cool aerial shots in the second video, taken by The First Man of Chickenlandia.

Thank you for watching! And remember: your coop is beautiful!