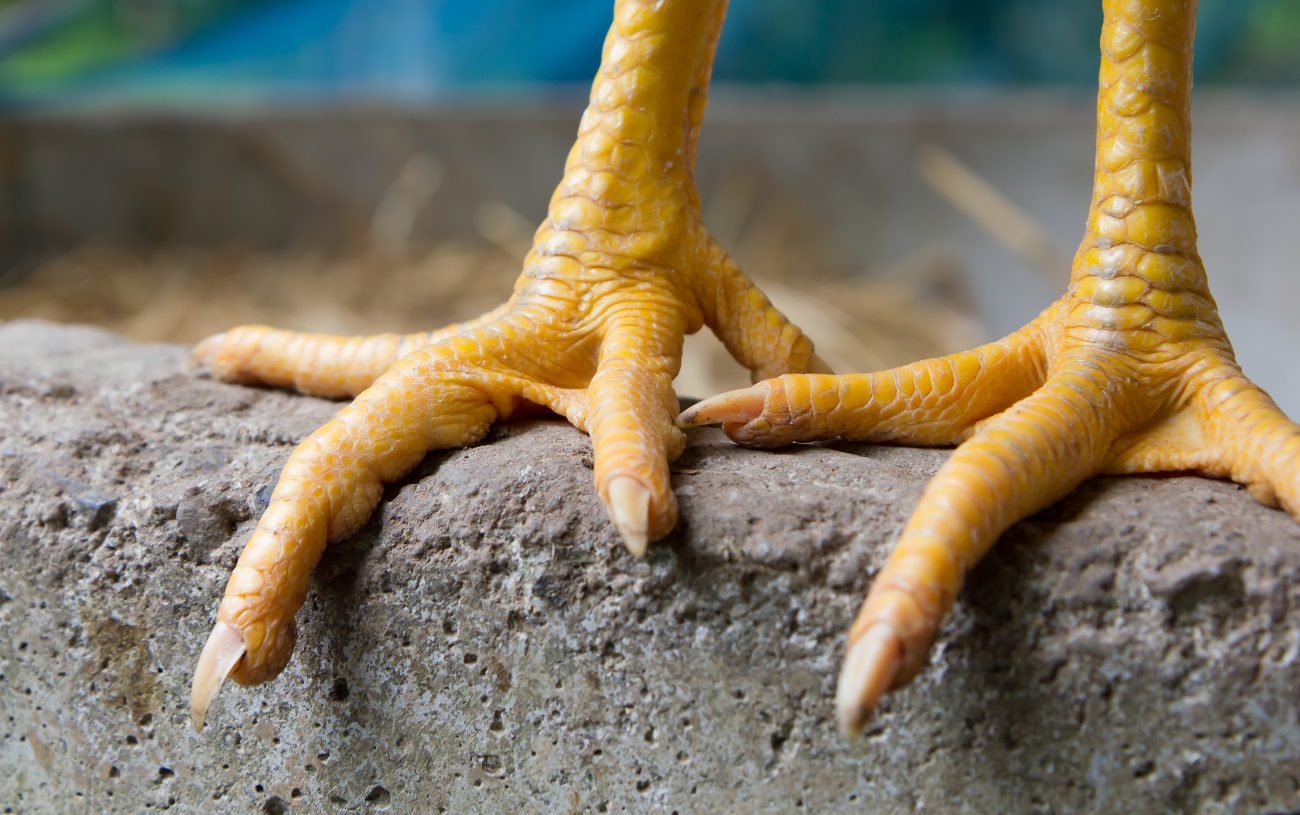 I don’t hatch many new baby chicks in Chickenlandia. Since I focus primarily on rescuing adult chickens, fuzzy new babies just aren’t a yearly occurrence here. Yet, as a backyard chicken educator, I’m all too familiar with some of the issues that can occur with new hatchlings. Two very common and concerning problems are splayed leg (aka spraddle leg) and curled toes.

Splayed legs and/or curled toes can occur both when a mother hen hatches out babies or when eggs are hatched in an incubator. Sometimes, these conditions are caused by vitamin deficiencies present in the mother and/or father. Other times, something has gone wrong during incubation (which can also lead to developmental issues and/or vitamin deficiency). There are also instances where a chick may come out with no apparent issue but does not have enough traction in their environment to develop correctly. Regardless of the reason, it’s just so sad to see a baby chick suffer.

First off, I want you to be sure to offer your new chicks bedding with good traction. If you’ve watched my video Raising Baby Chicks the Chickenlandia Way, or taken any of my in-person classes, then you know that my recommendation for their first few days is good old fashioned paper towels. Not only do paper towels provide great traction for developing legs and feet, but it’s also easier for chicks to find their feed and grit when sprinkled about the brooder. For more, watch this video:

If you have a baby chick that arrives with splayed legs or curled toes, it’s safe to say that there was an issue long before they got to you. Your best course of action will be to focus on both physical therapy and a solid nutritional plan. Along with a good quality non-medicated feed (medicated feed can affect a chick’s absorption of Thiamin, which you don’t want), I recommend vitamin therapy with a product called Nutri-Drench. It’s not quite as natural as other products I use, but you just can’t beat its effectiveness. I recommend administering it undiluted at least three times a day. The other chicks can drink it diluted in their water (follow the directions on the bottle).

The most common physical therapy used for splayed legs and/or curled toes is to create a makeshift splint using a bandage or tape. The idea is, after a certain time of forcing the legs or toes into the correct position, the problem will correct itself.

I know this method has worked for a lot of people and I’m certainly not against it, but when I’ve done it this way I’ve found the method cumbersome to the chick. That’s why I was so delighted when my friend Stacie from the YouTube Channel Chicken Hues posted this video about a “glass method”. With a small glass for physical therapy and Nutri-Drench for vitamin therapy, she got amazing results (and so did the chicks!).

Sometimes, no amount of treatment will correct a difficult case of splayed leg and/or curled toes. As chicken keepers, we learn quickly that from time to time our best efforts can’t defy nature. Chickens are so resilient, though, and It’s not unheard of for them to live a fine life with these abnormalities. For those times when their little life is not meant to be, it’s good to know they were loved while they were with us.

Have you ever dealt with splayed leg or curled toes in a baby chick? What was your experience like? Let me know in the comments!