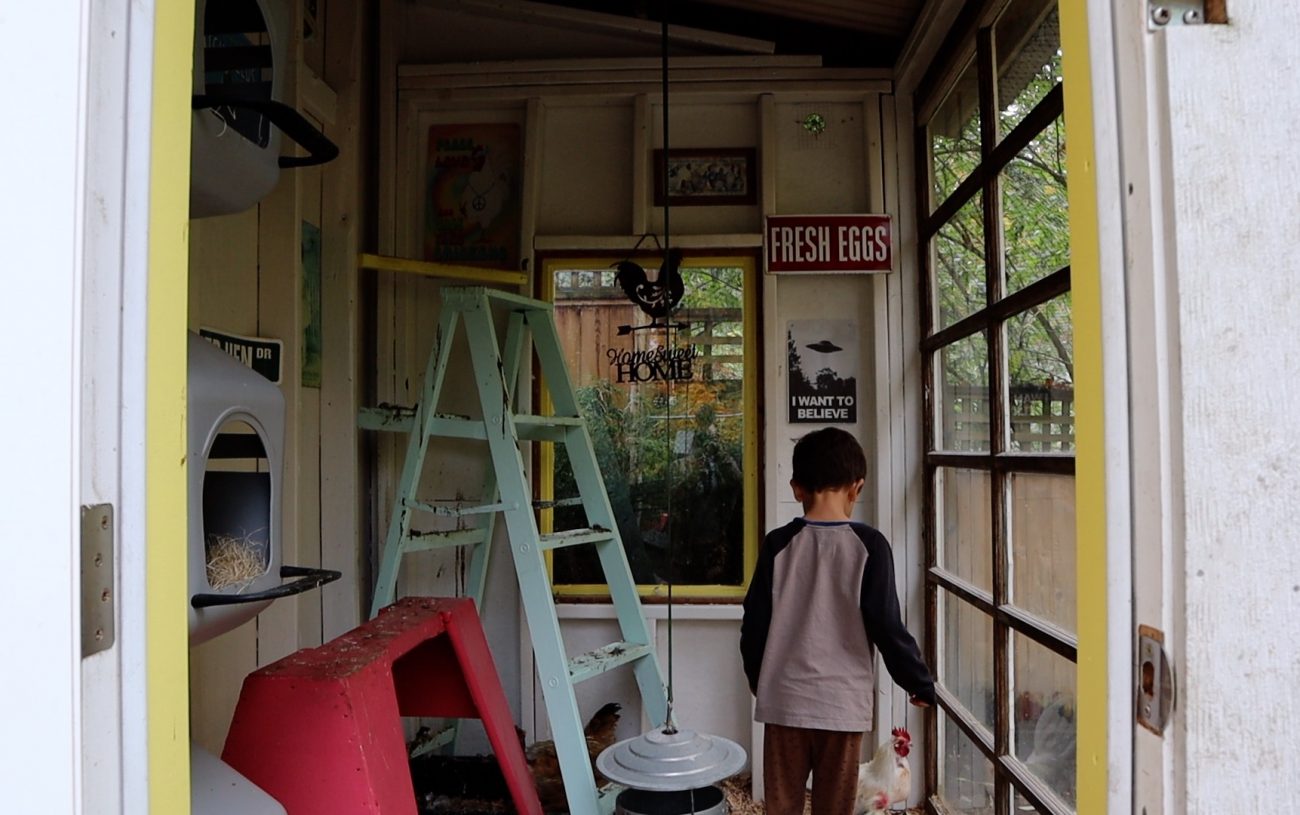 Friends, I have a confession. Maybe you already know my dark secret.

Yep, it’s true. I cannot operate a staple gun or build ANYTHING myself. It’s only embarrassing because as a Backyard Chicken Educator, I feel that many people expect me to not only be a chicken-care-expert but also a master builder. Aren’t I supposed to be able to build a coop from an old fridge, two pallets, and a milk crate? It’s in my DNA!

I hate to break it to you, but it turns out that while I’m 100% that chicken lady, I have zero percent coop-builder in my ancestry chart. Perhaps it really is true that aliens built the pyramids (my family is Guatemalan).

But wait, I can STILL HELP

One thing you CAN count on me for is telling you what to look for in a coop. I know the attributes a coop needs to make your life easier. So whether your buying or building, you should check out this video to make sure your coop has all the right things:

Also, I know all the Cool People

I’m also excited to share that even though I don’t build, I have friends that do. I recently discovered a new YouTube channel Sonnie’s Place that has some easy DIY coop-building content I think you will love. Check out these two easy to follow videos for your coop-making research:

What about you? Are you a builder, a buyer, or a little bit of both? Let me know in the comments!

It’s been an exciting week in Chickenlandia! If you’ve been following my blog and YouTube Channel for a while, then you might remember last year when my friend Julie came and helped me with some renovations in the chicken coop and yard. Click play to see the fun stuff she did:

You may also remember that I had a hawk attack just before Thanksgiving. That was a really tough time and I almost lost Little Stinker! Thank goodness that Julie came over again, this time with her wife Kris, and put up some netting so that I didn’t have to worry anymore. Here’s a video all about that adventure!

Well, here we are on the eve of summer and there is still much to be done. About five years ago I had some salad bars installed in Chickenlandia. They worked great but the wood didn’t last very long and they needed to be replaced. I was also in great need of a ramp for my sweet new ducks, Angry Marshmallow and Mr. Robot, who are so short they weren’t able to get into the chicken coop no matter how hard they tried (their wings were clipped at their previous residence. Enter the ever talented and helpful Julie and Kris. Watch them save the day once more in this video:

Do you have any projects going on in your chicken yard and coop? Let me know in the comments!

I’m back in to the full swing of things and bringing you another episode of Chickenlandia Stories! Earlier this week I had the opportunity to visit Pollen Folly Farm, run by my friend Kelly Uusitalo and her husband Mike Hernandez. Kelly and Mike practice a method of sustainable farming called Biodynamic, which involves using all the components of the farm to create a running system that benefits the soil and all the food grown in and on it. It’s a very mindful approach, hence the name “The Conscious Farmer”.

During my tour, we visited the chickens and got some expert tips from Kelly regarding biosecurity, coop cleanliness, predator proofing, and even egg eating! She definitely knows her stuff, which is why I refer to her as an “Advanced Chicken Educator” while I’m a “Chickens 101” educator. I love learning new things from her. But the real education began when we toured her many gardens, all utilizing biodynamic principals.

Visiting Pollen Folly Farm and learning of the painstakingly efforts Kelly and Mike go through to grow conscious food was a real eye-opener for me. Not only did it inspire me to get closer to my own food (did I mention I grew my own starts for the first time this year?), but it also gave me hope for the world. Like many others, I have fears about where the world is heading, with industrial agriculture being at the top of a long list of offenders. But then I remember that for every worry I have, there’s someone out there doing the hard work to make things right. Thank you, Kelly and Mike, for fighting the good fight.

To watch the tour, see some awesome chicken footage, and of course, learn a few things, please click the play button below!

What are some things you are doing to make the world a better place? Let me know in the comments below!

Pringles was such a special little duck! I say “was” because unfortunately, she passed away the day after my family arrived in Toronto to care for my terminally ill mother-in-law. I knew she would likely die soon since she was old for a duck, but it was hard never-the-less. You can hear the full story here on my last Bawk Talk LIVE show:

We’ve been through a lot of changes lately here in Chickenlandia, but when one thing ends there will always be a new beginning. Enter my two newest Chickenlandia members, Angry Marshmallow and Mr. Robot!

If you want to know why the little white one is called Angry Marshmallow, then check out this hilarious photo from right after I rescued her. She looks ANGERY! lol

As with all transitions, there’s a way to do it to make it the easiest for everyone. In this week’s Welcome to Chickenlandia video, I show step by step what I do to integrate new ducks into my flock. Since ducks don’t have as extreme a pecking order instinct as chickens, it’s fairly easy. But you definitely need to keep an eye on them and it works best if your chickens are already used to ducks in the flock.

So, without further ado, here’s my new educational video on how to integrate ducks with chickens. As always, be sure to do lots of research to find out if ducks are right for your flock. And make sure to watch them closely those first few days to make sure there’s no bullying.

Do you have ducks with your chickens? Would you like too? Let me know in the comments!

Henlo, Friends! It’s been a while. I’ve been in Canada for several weeks, saying goodbye to my dear mother-in-law. You may have seen my video about it on YouTube:

Needless to say, it’s been a rough few weeks for The Chickenlandia Family. But made it through and we continue to move forward while dealing with the huge loss. One comfort in all of this is that my mother-in-law suffered with illness for a long time, so when the time came, she was ready and left on her terms. This was how she would have wanted it.

Last night, we arrived back in Chickenlandia. How wonderful it’s been to be among my flock again! In this reunion, I’m reminded of how fortunate I am in life, and how no matter what the loss, there will always be new beginnings all around me.

I’m so thrilled to have a new Chickenlandia Stories this week! It’s been quite a while since I’ve shot one, with the winter weather really putting a damper on filming outdoors. But good things come to those who wait, and this latest episode is one I’m really proud of. I visited an organization called Growing Veterans and documented it all for you. 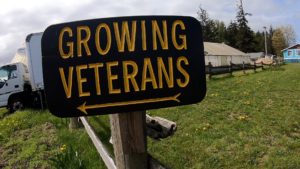 Growing Veterans is a non-profit organization who’s mission is to “empower veterans to cultivate purpose and belonging by growing food, community and each other”. I was invited there as a Scratch and Pecks Feeds ambassador to teach a baby chick class and tour the grounds with farm manager Joel Swenson. 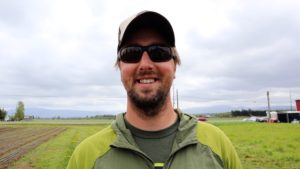 I really wanted to write more about this episode, because I learned so much and there’s many additional things I wanted to add along with the video. But at the moment I’m in Canada dealing with a family emergency, and so it will have to wait. For now, please enjoy this episode of Chickenlandia Stories by clicking the play button below!

Hope to be back soon with more. Thank you for reading!

The Chickenlandia Kiddos and I went on an egg hunt at a friend’s chicken farm! Check out the fun by clicking the play button below:

I’ll be back soon with more blogs for you. In the meantime, let me know how your holiday was (if you celebrate) in the comments!

Are you tired of explaining to your friends and family all the wonderful benefits of having chickens? Well, I’ve done all the work for you with this new Chickenlandia Public Service Announcement, Try Chickens! Watch it, share it, and most of all, GET CHICKENS! Just click the play button below. 😉

What are your reasons for keeping chickens? Let me know in the comments below!

Henlo, Frens! Well, this week has been a little up and down. We all ended up with chest colds which forced us to slow down and focus on healing. We’re on the mend now, which is good, and I did get a chance to create a vlog before the sickness hit! It’s all about my life as a chicken lady. I hope you enjoy That Chicken Lady Life on my YouTube channel. Just click the play button below.

Don’t forget to subscribe to my channel and click the notifications bell so you never miss any fun Chickenlandia videos. Stay tuned for a longer blog post next week, but in the meantime, let me know what your chicken life is like in the comments!

It was an eventful weekend in the tiny town of Edison, Washington! This past Sunday was the annual Edison Chicken Parade, which draws people from all over Skagit and Whatcom County (and soon, the world?) to celebrate their love of chickens. I brought my trusty Chickenlandiamobile to join the fun.

The parade was absolutely FULL of chicken-loving people. People carried their favorite chickens or pulled them in tiny floats. There were chicken hats, chicken feet, chicken skirts, and even chicken shoes. The chicken fashion was definitely over-the-top and utterly awesome. Even the dogs were dressed up. I loved it!

Edison is a quaint little town (and I mean little; there’s probably not much more than a hundred people who actually live there)  in Northwest Washington, famous for its delicious food and art. The parade itself is about a block long, and travels past some of the best restaurants I have ever visited. I was pretty surprised by the amount of people at the parade this year. This is the first time I have attended, but I was told by many that it’s the biggest turn out they’ve seen so far. I imagine it will only continue to grow!

To get a real idea of just what a chicken party this parade was, click the play button below!

Would you like to see a chicken parade in your town? Let me know in the comments!